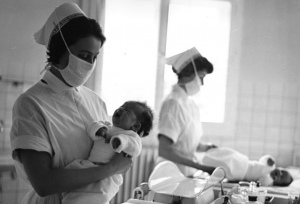 If you want to get creative this Father’s Day, give Dad a vintage Hess Truck that marks a special year in his life, like his birthday!

We stock Hess Trucks all the way back to 1964.  Yes they are rare and can get pricey. But, there are many vintage Hess Trucks affordably priced.  What if Dad was born pre-1964? No problem. Just check out the BIRTH YEAR guide for ideas on what Hess Truck would represent your Father’s birth year.

Chances are your Dad knew that 2014 was a big deal for Hess Truck Collectors. It marked the 50 year anniversary of this iconic truck.  We’ve prepared a special Commemorative Collection of four 50th Anniversary items. CLICK HERE for details.  FREE Gift wrapping on this collection is included!

Wish Dad a Happy Father’s Day with a genuine 1998 Hess RV!  Unlike the bright green RV  that Robin Williams drove in the classic Columbia® Pictures movie, “RV,” the Hess RV only comes in white with green accents! Save on this unique Hess Toy now during our Father’s Day Special.

If your dad is an avid Hess Truck Collector, you may want to surprise him with the rare 1980 Hess Training Van.  It has been referred to as, “A work of art in miniature.”  We only

have a few of these rare Hess vintage classics on hand.  Click here to learn more.

Hess toured around to gasoline stations conducting field training in a GMC Motor Home. The 1980 Hess Training Van was a replica of the actual vehicle the company was using at the time in its tours. This marks the first major departure for the Hess Toy series from the traditional fuel trucks and fire engines featured up until this point. The delicate detail on this toy is remarkable and features a pop up TV antenna, side door that opens, working headlights and taillights, and detailed chrome features such as side mirrors and windshield wipers. Another unique feature was the lighted Hess side logos, a first for the Hess Truck Series. Only 600,000 training vans were manufactured.  They are considered a rare and desirable collectible by Hess collectors in the know.