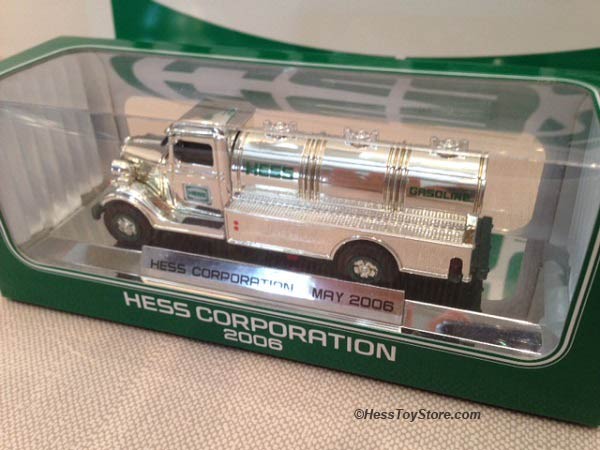 The 2006 Hess Mini Truck: A Limited Edition Mini Toy released by Hess Corporation. Hess did not sell this toy to the public.

May 9th, 2006 Hess officially changed its name from Amerada Hess to Hess Corporation. To commemorate this event Hess released a very limited edition “Chrome” 2006 Hess First Truck Mini Toy.  This toy was given out on the floor of the NYSE New York Stock Exchange May 9, 2006 to signal the company’s name change.  Production estimates ranged from 100 to a few thousand toys.  While actual production count has not been verified by Hess, this toy remains a rare collectible, not only because of the limited number produced, but also because it was never sold to the public.